The study “Regional Profiles: Indicators of Development 2012” was presented in the beginning of November in Sofia. 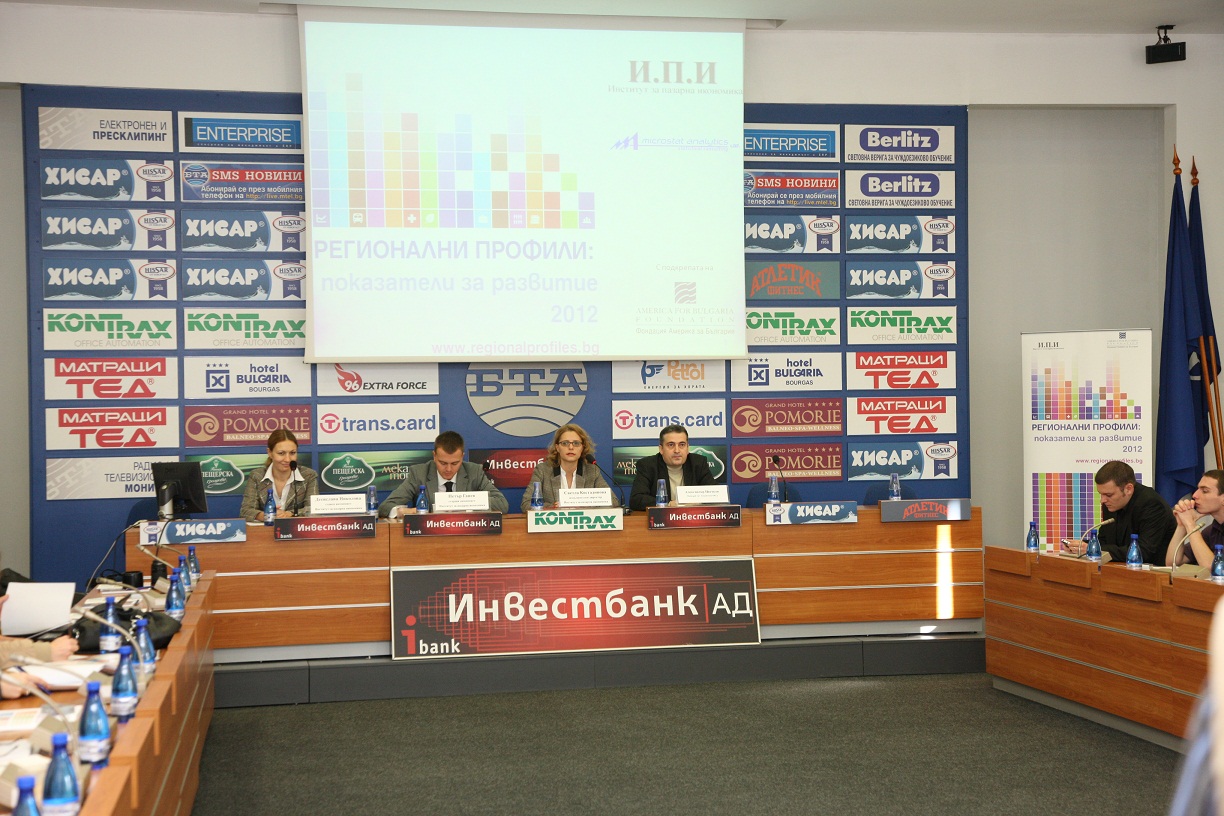 The study was carried out by the Institute for Market Economics and its partners from Microstat Analytics with the financial support of the “America for Bulgaria” Foundation.

It provides a snapshot of the socio-economic conditions of Bulgarian districts as of mid-2012, as well as their development since the year 2000.

The profile of each district consists of an overview and commentary on the more notable results and trends in each of the 8 categories of indicators: economy, business environment, infrastructure, demographics, education, health, environment, and social environment. The analysis of available statistical data, as well as the results of IME own field research, revealed a very diverse picture of regional development, which we present in each of the profiles.

In addition to the 28 district profiles, the study includes thematic analyses on topics such as:

The study seeks answers to important questions such as:

The availability of detailed information about the characteristics, condition and prospects of all regions in a country are an important prerequisite for the promotion of investment and the increase of transparency and accountability of public policies at the local level. The goal of IME team is to make all data and analyses understandable and useful for foreign investors, entrepreneurs and other stakeholders. Moreover, it will provide useful insight for policy makers when taking decisions.

The full English version of the study "Regional Profiles: Indicators of Development 2012" will be available in the beginning of December 2012 for free download from the website. This will include translated charts, graphs and separate PDF files for each of the 28 districts in Bulgaria, as well as the full report itself.