The first two lockdowns, from spring and late autumn 2020, have a visible effect on the total number of the registered unemployed (see chart), as it is particularly clear for the time period between mid-March and late May. At the beginning of 2021, however, the new measures didn´t lead to a new rise of the unemployment, on the contrary - the first four months of the year follow the usual dynamics of the annual unemployment cycle, but from a higher starting point after the rapid growth in 2020. It is of interest to mention, that after the end of the Christmas holidays and vacations there is a slightly more significant increase in the number of unemployed compared to previous years.

The Poverty Persists, but the Structural Problems Remain

Despite the significant increase in the poverty line, the share of the population that remains below it is stable, which means that the policies that are reducing it at this stage are failing. In addition, the crisis years will in any case have a negative impact on the implementation of policies to combat poverty, integrate the labor market and improve the scope of the education system.

Is it Time to Overreact to Vaccines?

In order to change the trajectory of vaccination, we need a political decision for bringing the vaccination as a total priority for these two months. Whether it will be with a carrot or a stick is a separate issue, but the responsibility is now with the caretaker government. Even the purely logistical issue requires more attention. On the one hand, it is important to have as many points of contact as possible - that is why GPs are important, on the other hand - the specifics of the vials and doses require some consolidation of the people in groups. These are not unsolvable problems if they are defined as a priority.

The publication aims to provide objective and comprehensive information on the development of Bulgarian districts.

The Transition That Never Happened

Here you will find a documentary on the beginning of Bulgaria's transition from socialism to democracy and meet some of the people involved in the preparation of the Ran-Utt Report.

Learn more about the poverty in Bulgaria and IME's work on improving related public policies.

See more
Other projects
All events 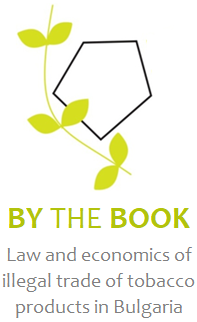