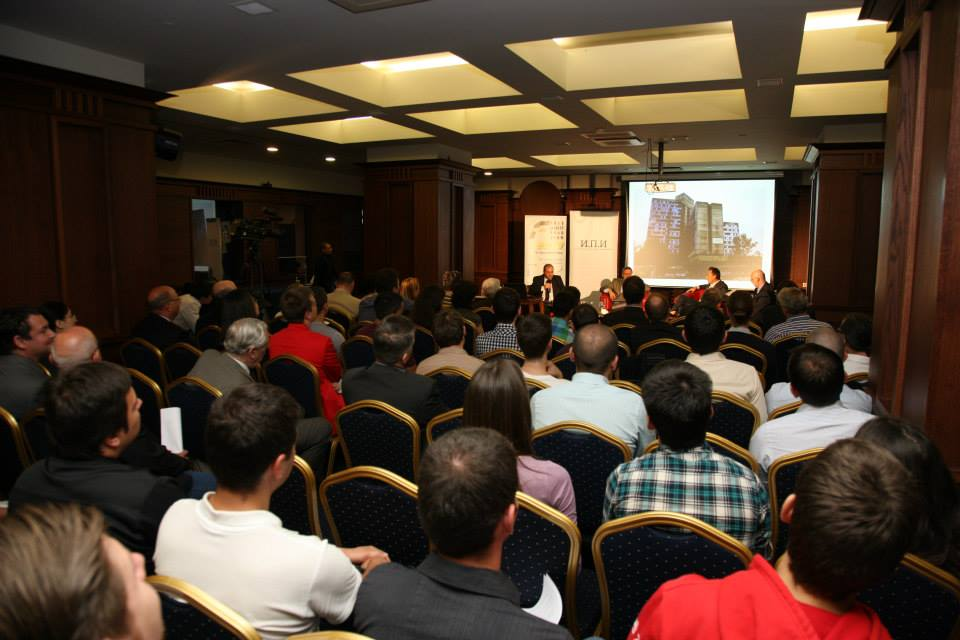 On 16th May 2013, Sofia became one of the 25 European capitals, who this year will be hosts to the famous Free Market Road Show.

The main event was organised by the IME and was hosted in Grand Hotel Sofia. In three hours, the participants of this year’s Free Market Road Show gave six presentations, which answered the question “Will austerity programs save Europe?”

After the introduction by Svetla Kostadinova, IME’s Executive Director, the event continued with three different panels: 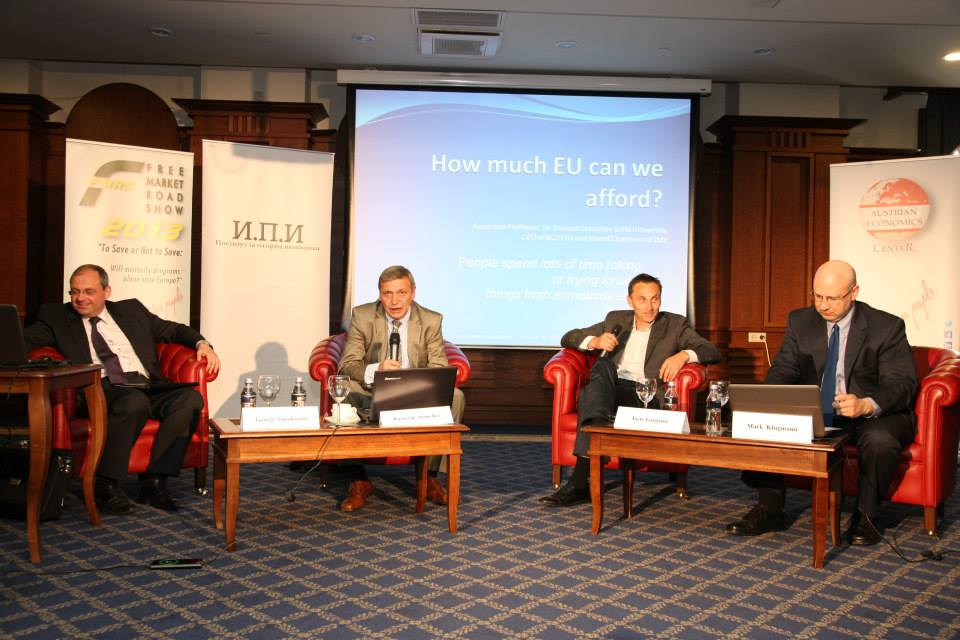 Panel 1: More Europe vs. Less Europe: How much Europe can we really afford? 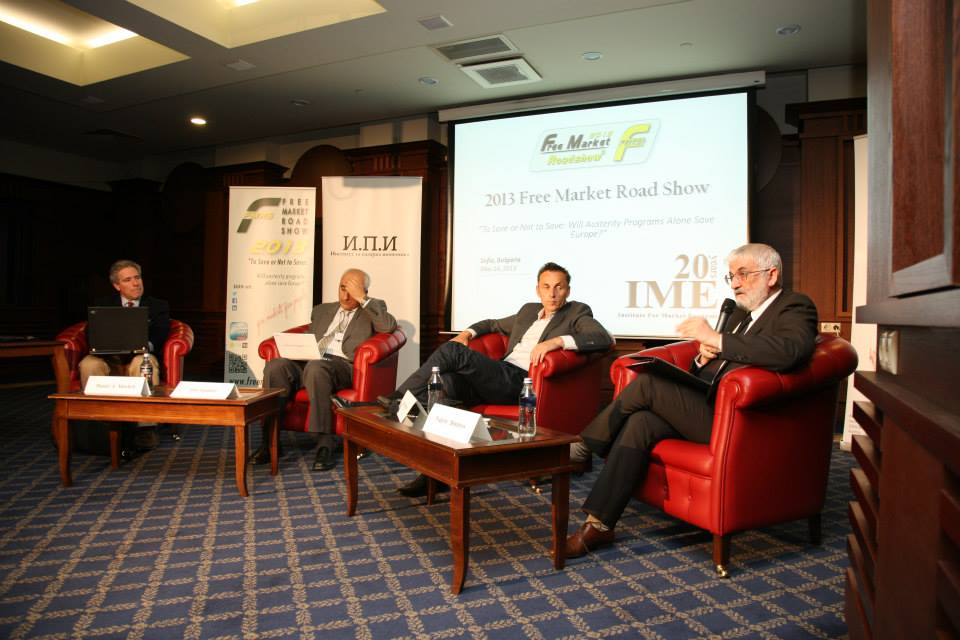 Panel 2: Deregulation vs. Regulation: What brings an economy back on track? 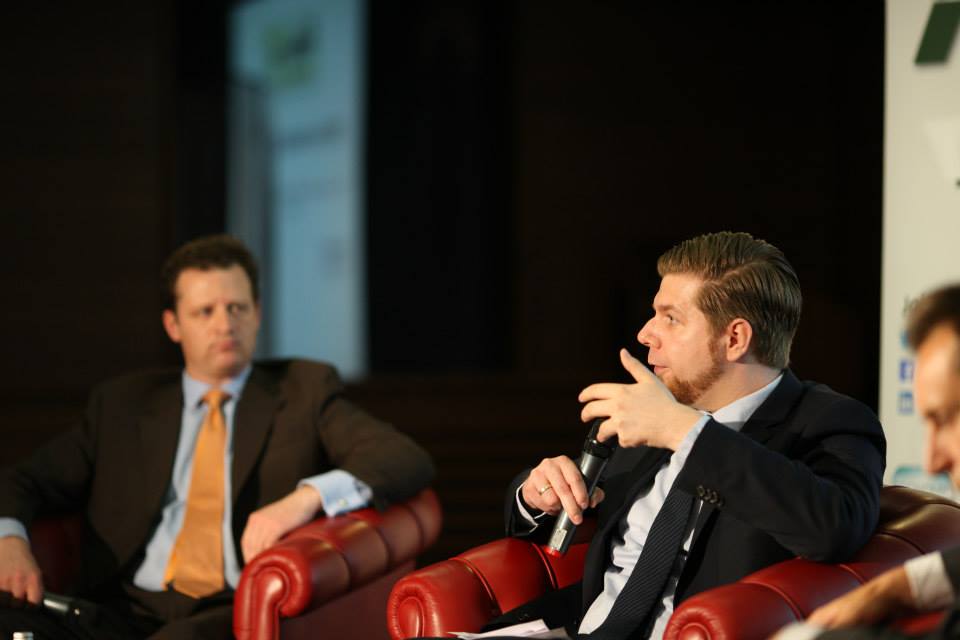 Panel 3: Welfare vs. Opportunities: Can youth unemployment be solved with more state intervention — or more freedom?

The event was covered by some of the major economic media outlets: