The Alternative State Budget of Institute for Market Economics (IME) is presented for ninth consecutive year. Our goal is to show that an alternative fiscal policy with low taxes, balanced budget and structural reforms is possible.

The experience from the last three years showed that the policy of deficit spending and the postponement of reforms do not work. From 2009 to 2011 have been accumulated deficits for more than 5 billion levs, which have malted the fiscal reserve and did not stimulate the economy. At the same tame not a single tax was reduced. Just the contrary, the tax burden increased – the excise duties are up every single year, the social contributions and the minimum social insurance threshold also increased, new taxes have been introduced (such as a tourist tax, an insurance premium tax, taxes on online gambling) and we faced higher state and local fees. All this didn’t lead to any result and now is time to look at the alternative.

Philosophy of the Alternative budget 2012:

The effective application of these reforms will make the public administration more effective and will help to the real economy. We add to them some reforms in the social contributions:

The proposed changes to the pension system are inevitable and a year ago we predicted the collapse of the adopted long-term plan for pension reform. Then we pointed that “the long-term reform of the present administration will fail during the first year” (12 November 2010), which already is a fact – lack of revenue in state fund, removed director of the National Social Security Institute and renewed debate for pension reform.

The proposals of IME in the alternative budget for 2012 will lead to more stability and enhance confidence – both critically important in the mid of the debt crisis.

The reasonable and balanced budget policy means stronger position in Europe in a time of a debt crisis and problems for many of the so-called “rich countries”. Such a budget is a good base for economic growth and for meeting possible external shocks through low debt, relatively low state redistribution and structural reforms. The introducing of the so-called “fiscal board” in the Constitution will further strengthen the prudent fiscal policy. 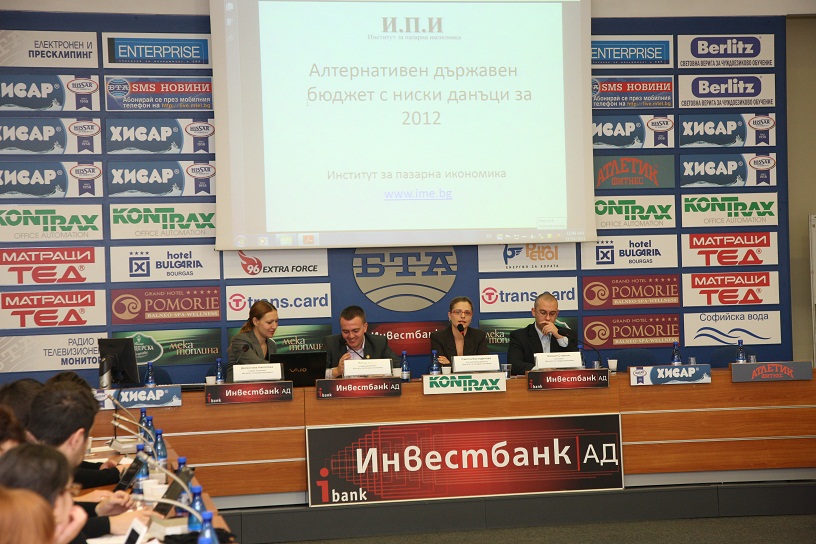 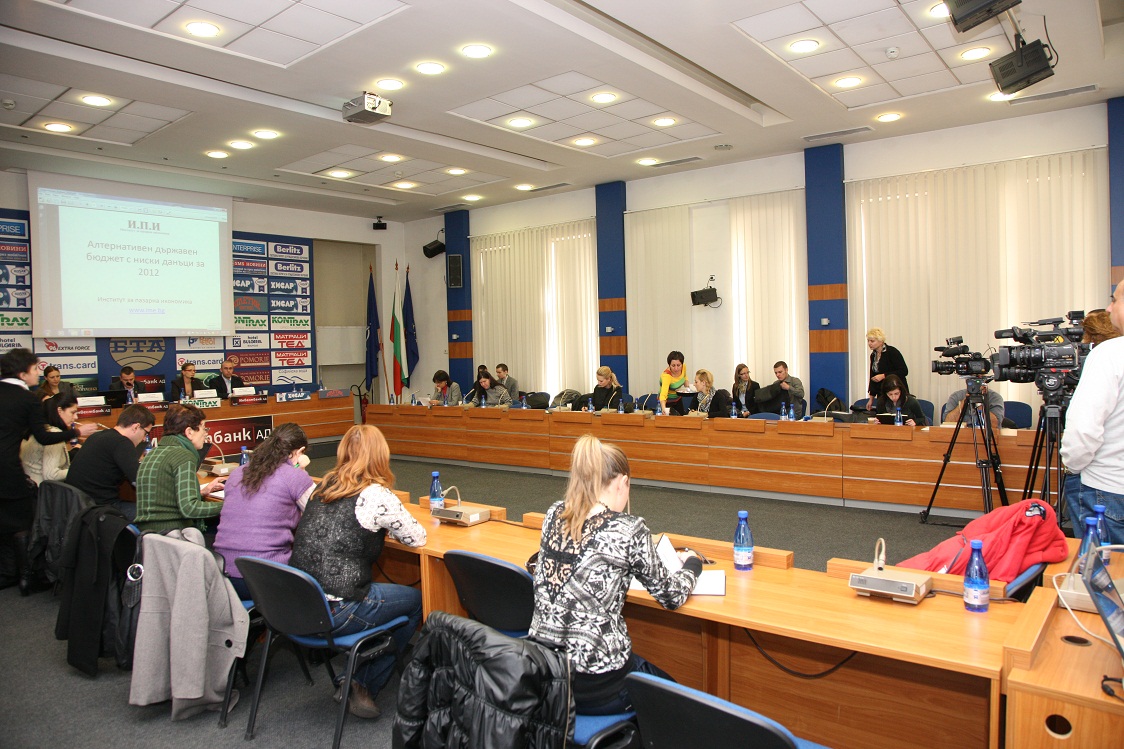