Whither growth in central and eastern Europe? Policy lessons for an integrated Europe

On December 06, 2010 the Institute for Market Economics (IME) and the Bulgarian Macroeconomic Association (BMA) hosted a presentation of the recently published report by BRUEGEL and Vienna Institute for International Economic Studies (wiiw)

„Whither growth in central and eastern Europe? Policy lessons for an integrated Europe”.

The presentation of Mr. Zsolt Darvas can be downloaded here.

The presentation of Mr. Georgy Ganev can be downloaded here. 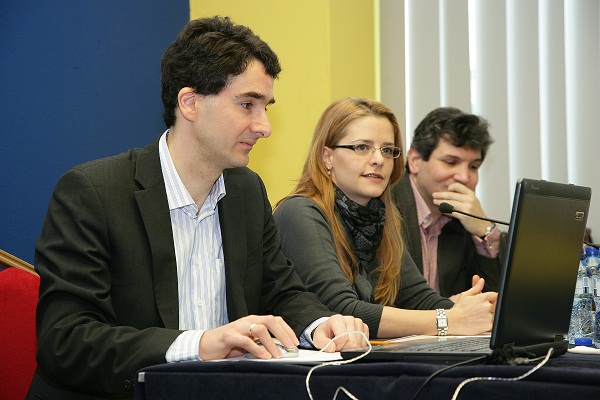 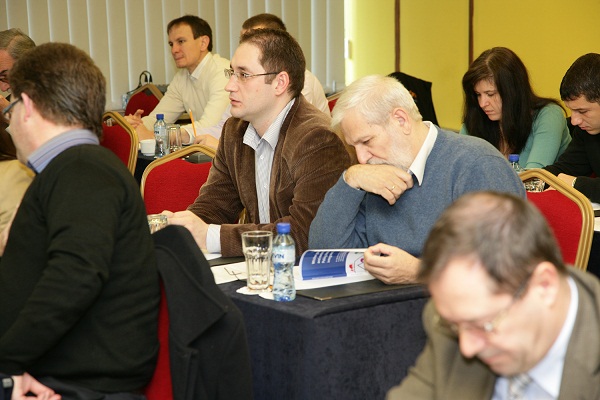 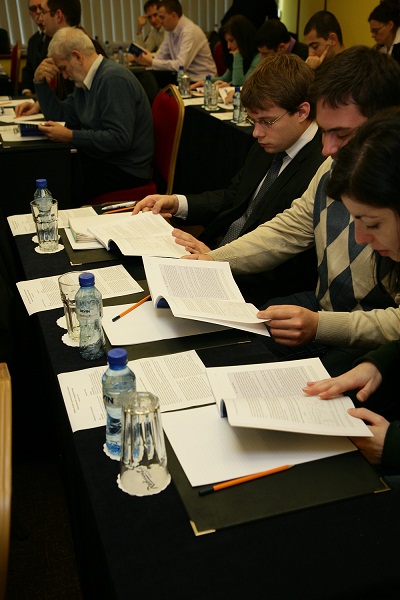 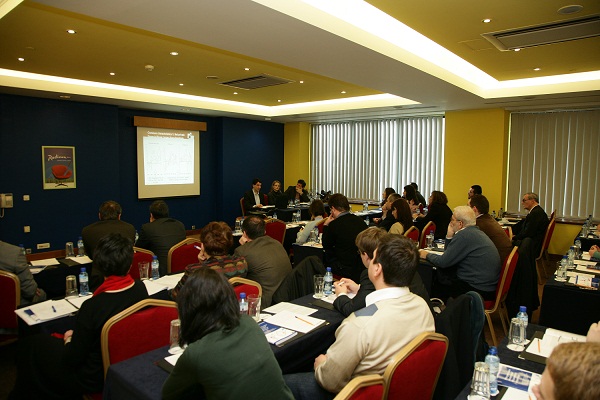 In this Blueprint, Bruegel Resident Fellows Zsolt Darvas, Jean Pisani-Ferry, Andre Sapir and their co-authors Torbjörn Becker,Daniel Daianu, Vladimir Gligorov, Michael A Landesmann, Pavle Petrovic, Dariusz K. Rosati and Beatrice Weder di Mauro argue that in view of the depth of integration in Europe, the development model of the central, eastern and south-eastern Europe (CESEE) region, despite its shortcomings, should be preserved. But it should be reformed, with major implications for policymaking both at national and EU levels. If so, what are the required changes?

Bruegel and The Vienna Institute for International Economic Studies (wiiw) cooperated to form this expert group of economists from various European countries to research these issues.

Zsolt Darvas is a Research Fellow at Bruegel, a Research Fellow at the Institute of Economics of the Hungarian Academy of Sciences, and an Associate Professor at the Corvinus University of Budapest. He was previously Research Advisor to the Argenta Financial Research Group in Budapest (2005-08) and researcher and later Deputy Head of the Research Unit of the Central Bank of Hungary (1994-2005). He has had visiting researcher positions at the Bank of Finland, Deutsche Bundesbank, De Nederlandsche Bank and the Stockholm School of Economics. He is Deputy President of the Economics Committee of the Hungarian Academy of Sciences. His research interests include macroeconomics, international economics and time series analysis.

Georgy Ganev is an economist and is a program director for economic research at the Centre for liberal strategies in Sofia, Bulgaria. He holds a PhD in Economics from Washington University, St. Louis. He was a teaching and research assistant of prof. Douglass C. North, Nobel laureate in economics, "Economic History" and "Economics of Property Rights", Washington University, St. Louis (1994-1997). He is a founding member, chairman (2005-2009) and a member of the Governing Council of the Bulgarian Macroeconomics Association. Mr. Ganev is a member of the Consultative Council of the Bulgarian National Bank.

Since 2003 he is an assistant professor at Sofia University’s Faculty of Economics and Business Administration. His interests are related to issues of macroeconomics and monetary theory and policy, political economy, transition, development and growth economics, new institutional economics. At the university he teaches the standard courses of introductory macroeconomics, money and banking, as well as a graduate seminar in new institutional economics.

The Institute for Market Economics is the first and oldest independent economic policy think tank in Bulgaria. Its mission is to elaborate and advocate market-based solutions to challenges citizens of Bulgaria and the region face in reforms. This mission has been pursued sine early 1993 when the Institute was formally registered. IME objectives are to provide independent assessment and analysis of the government economic policies and to be a focal point for an exchange of views on market economics and relevant policy issues.

The Bulgarian Macroeconomic Association is an association with main purpose to discuss macroeconomic issues, spread macroeconomic ideas and knowledge, and to promote and encourage research in this area. BMA mission is to organize symposia, discussions, lectures, conferences and other national and international meetings of informative and educational nature intended to achieve the association’ goals.

Bruegel is a European think tank working in the field of international economics. Established in 2005, Bruegel is independent and non-doctrinal. It seeks to contribute to European and global economic policy-making through open, fact-based and policy-relevant research, analysis and debate. Bruegel‘s governance and funding model is unique. Its membership includes EU governments and leading international corporations. Its day-to-day work is carried out at arm‘s length from members‘ interests.

Established in 1973 as an independent research institute, The Vienna Institute for International Economic Studies (wiiw) is a non-profit organization. The primary emphasis of wiiw research activities is on analyzing and forecasting economic developments in the countries of Central, East and Southeast Europe (including Turkey), the major CIS countries as well as economic developments in China. Research results are issued in one of the Institute's series of regular publications or jointly with international publishers. The Institute has established a number of databases providing exhaustive statistical data on the countries of Central, East and Southeast Europe.

The German Marshall Fund of the United States (GMF) is a non-partisan American public policy and grantmaking institution dedicated to promoting better understanding and cooperation between North America and Europe on transatlantic and global issues. GMF does this by supporting individuals and institutions working in the transatlantic sphere, by convening leaders and members of the policy and business communities, by contributing research and analysis on transatlantic topics, and by providing exchange opportunities to foster renewed commitment to the transatlantic relationship. In addition, GMF supports a number of initiatives to strengthen democracies.

Founded in 1972 through a gift from Germany as a permanent memorial to Marshall Plan assistance, GMF maintains a strong presence on both sides of the Atlantic. In addition to its headquarters in Washington, DC, GMF has six offices in Europe: Berlin, Paris, Brussels, Belgrade, Ankara, and Bucharest. GMF also has smaller representations in Bratislava, Turin, and Stockholm.